Hurghada is a city in the Red Sea Governorate of Egypt. It is one of the country’s main tourist center located on the Red Sea coast.
Overview
The city was founded in the early 20th century, and until recently it was a small fishing village. But since the 1980s, it has been continually enlarged by Egyptian and foreign investors to become the leading coastal resort on the Red Sea. Holiday resorts and hotels provide aquatic sport facilities for windsurfers, kite surfers, yachtsmen, scuba divers and snorkelers. Hurghada is known for its watersports activities, nightlife and warm weather. Daily temperature hovers round 30 °C (86 °F) most of the year, during July and August temperatures reach over 40 °C (104 °F). Many Europeans head to Hurghada for their regular Holidays, especially during the Winter season and spend their Christmas and New Year holidays in the city. Tourism from Russia dropped drastically after the Metrojet Flight 9268 plane crash in November 2015.

Hurghada stretches for about 36 kilometres (22 mi) along the seashore, and it does not reach far into the surrounding desert. The resort is a destination for Egyptian tourists from Cairo, the Delta and Upper Egypt, as well as package holiday tourists from Europe. Today Hurghada counts 248,000 inhabitants and is divided into:

Along the El Mamsha you find many of Hurghada’s new hotels, restaurants, and shops. Most of the newest and biggest hotel resorts located in the area between Mamsha to Sahl Hasheesh (Village road). After Sahl Hasheesh you find Makadi Bay with its hotels. Dahar is the oldest part of the town, where the town’s traditional bazaar, the post office and the long-distance bus stations, Go Bus and Upper Egypt Bus are situated. The busiest area is its “city center” Sakala, which is spread along Sheraton Road. There are some hotels, shops and restaurants along Sheraton Road.[1]

The city is served by the Hurghada International Airport with scheduled passenger traffic connecting to Cairo and directly with several cities in Europe. A new terminal was opened in 2015 to accommodate rising traffic.
History
The village, which later evolved into what is now the city of Hurghada, was settled in 1905. It acquired its name from a plant which has grown naturally since ancient times. By then it was only a fishing village. Oil was discovered in the area in 1913, but actual production and export only began in 1921 under British oil magnates. During the reign of King Farouk a recreational center was built in the city, but after President Nasser’s nationalization of Egypt’s industries it was turned over to the armed forces.

During the War of Attrition between Israel and Egypt, Shadwan island east of the city in the Red Sea, was fortified and held by Egyptian troops and used as a radar post. On 22 January 1970, it was the site of Operation Rhodes, a heliborne assault by Israeli troops which occupied the island for 36 hours.

During the October War of 1973, Hurghada harbor was target for four Israeli operations. Israeli forces also occupied Shadwan Island with over 32 casualties to the Egyptian army, and only 7 to the Israeli army.

On September 27, 1994 drive-by shooters killed two Egyptians and a German tourist; another German man was wounded in the attack and died of his injuries after returning to Germany.[2] The 2016 Hurghada attack was caused by two terrorists inspired by IS. Three tourists were wounded.[3] On 14 July 2017, in the 2017 Hurghada attack a man proclaiming, that he wanted to kill only non-Egyptians, attacked and stabbed five German, one Czech and one Armenian tourists, all women, killing two German women. The Czech tourist later died on July 27 in the hospital. The attack occurred at two separate resort hotels.

Tourism
Although a town in its own right, Hurgada’s current major industry is foreign and domestic tourism, owing to its dramatic landscape, year-round dry and temperate climate and long stretches of natural beaches. Its waters are clear and calm for most of the year and have become popular for various water-sports, particularly recreational scuba diving and snorkelling.

Dive sites around Abu Ramada Island, Fanadir, Giftun Kebir, and Giftun Soraya are popular. Tourists also visit shipwrecks such as the El Mina or the Rosalie Moller. The beach at Hurghada is not secluded, out to Sigala the beach is then followed by coastal holiday villages and then desert.

Climate
Hurghada has a subtropical-desert climate with mild-warm winters and hot to very hot summers. Temperatures in the period December–January–February are warm, but in the evenings temperature may drop from an average 20 Celsius degrees to 10. November, March and April are comfortably warm. May and October are hot and the period from June to September is very hot. The average annual temperature of the sea is 24 °C (75 °F), ranging from 21 °C (70 °F) in February and March to 28 °C (82 °F) in August. 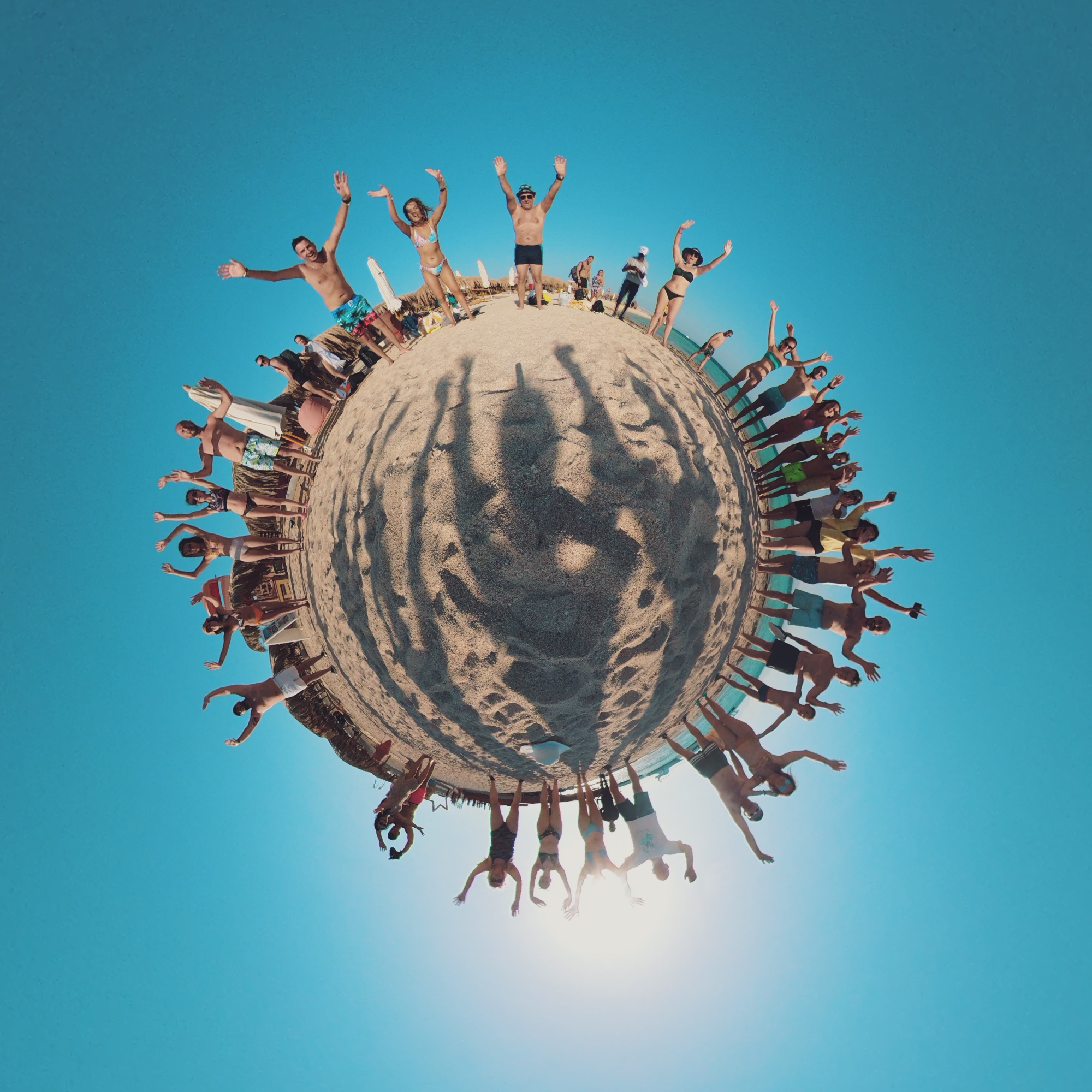 Half and Half tour ( paradise island & safari ) 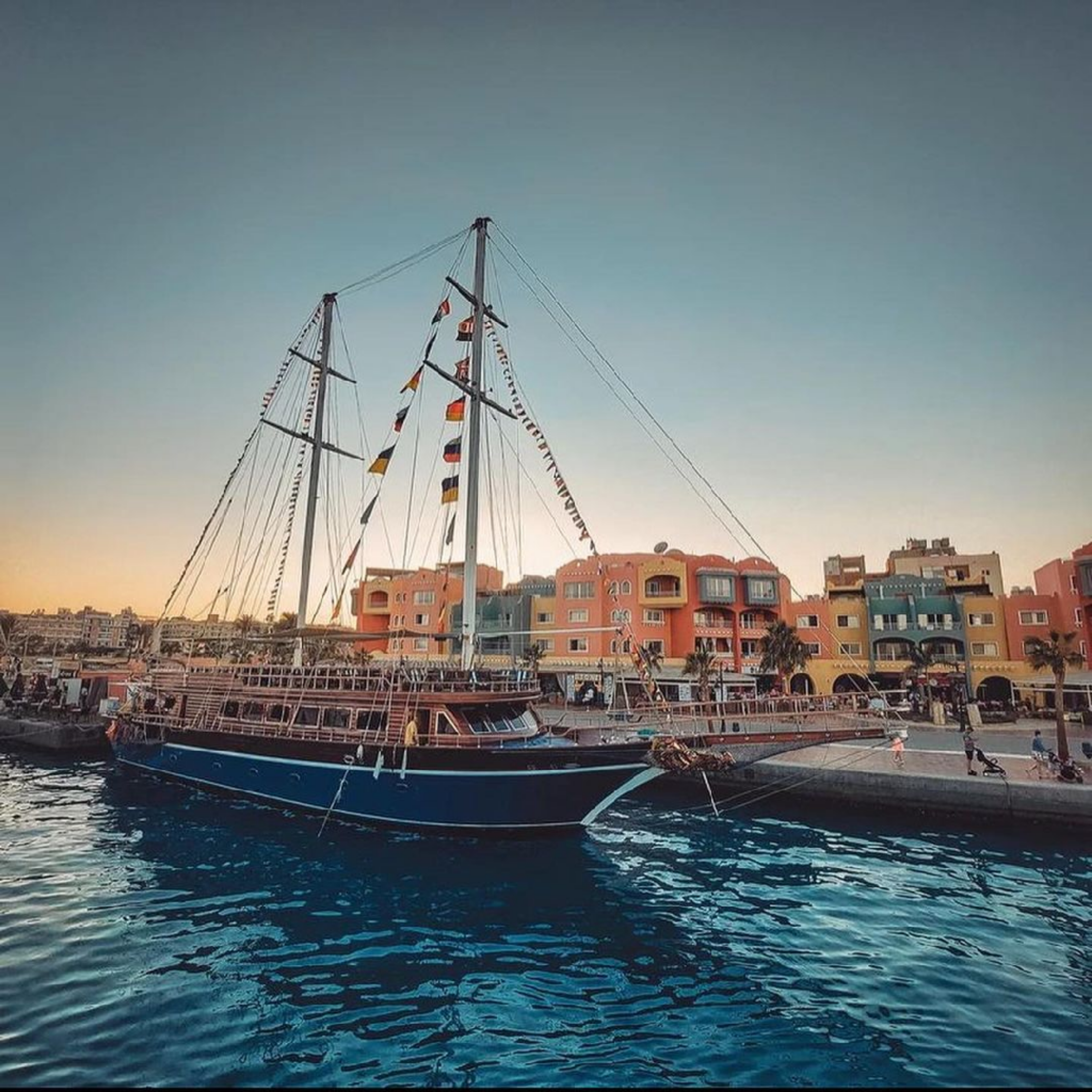 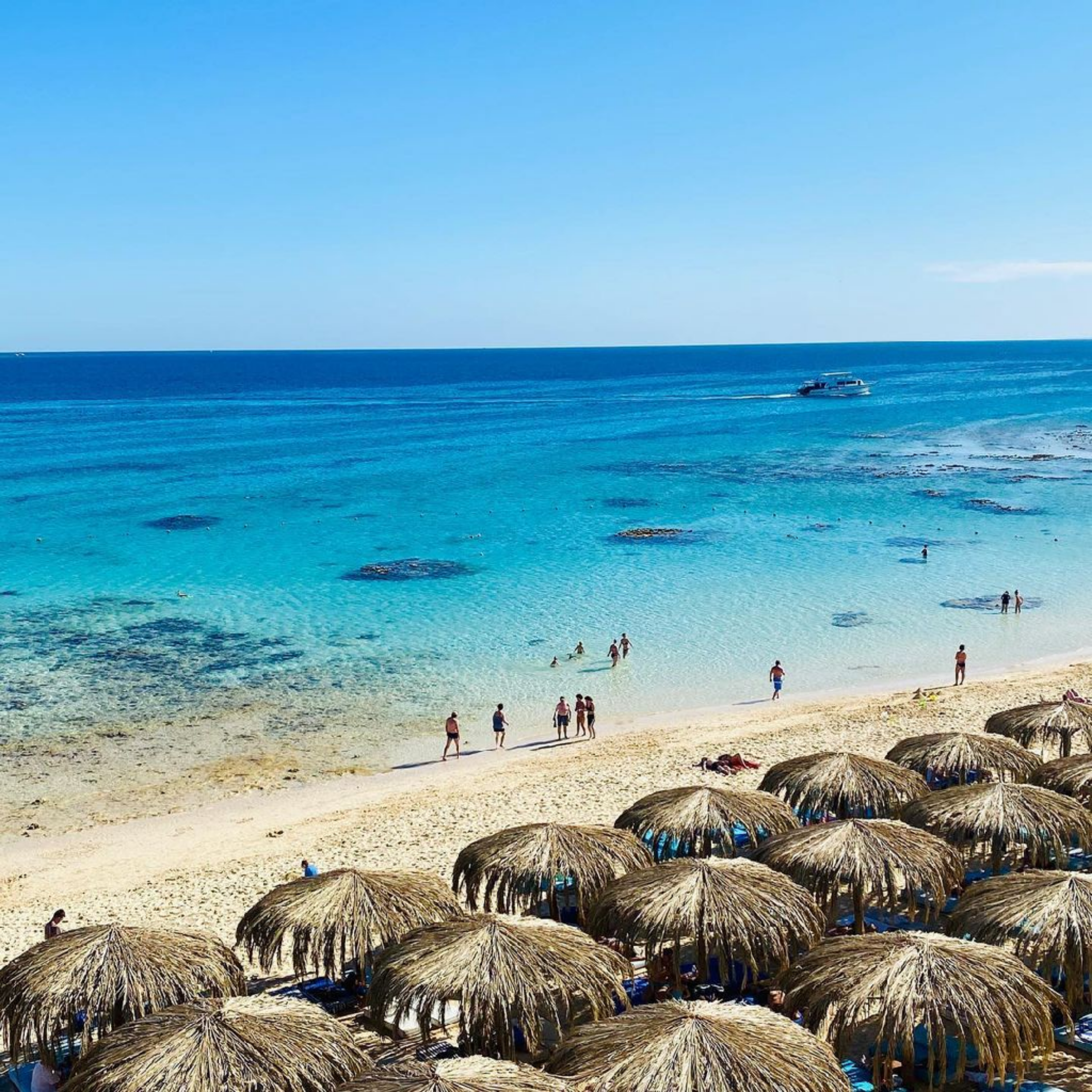 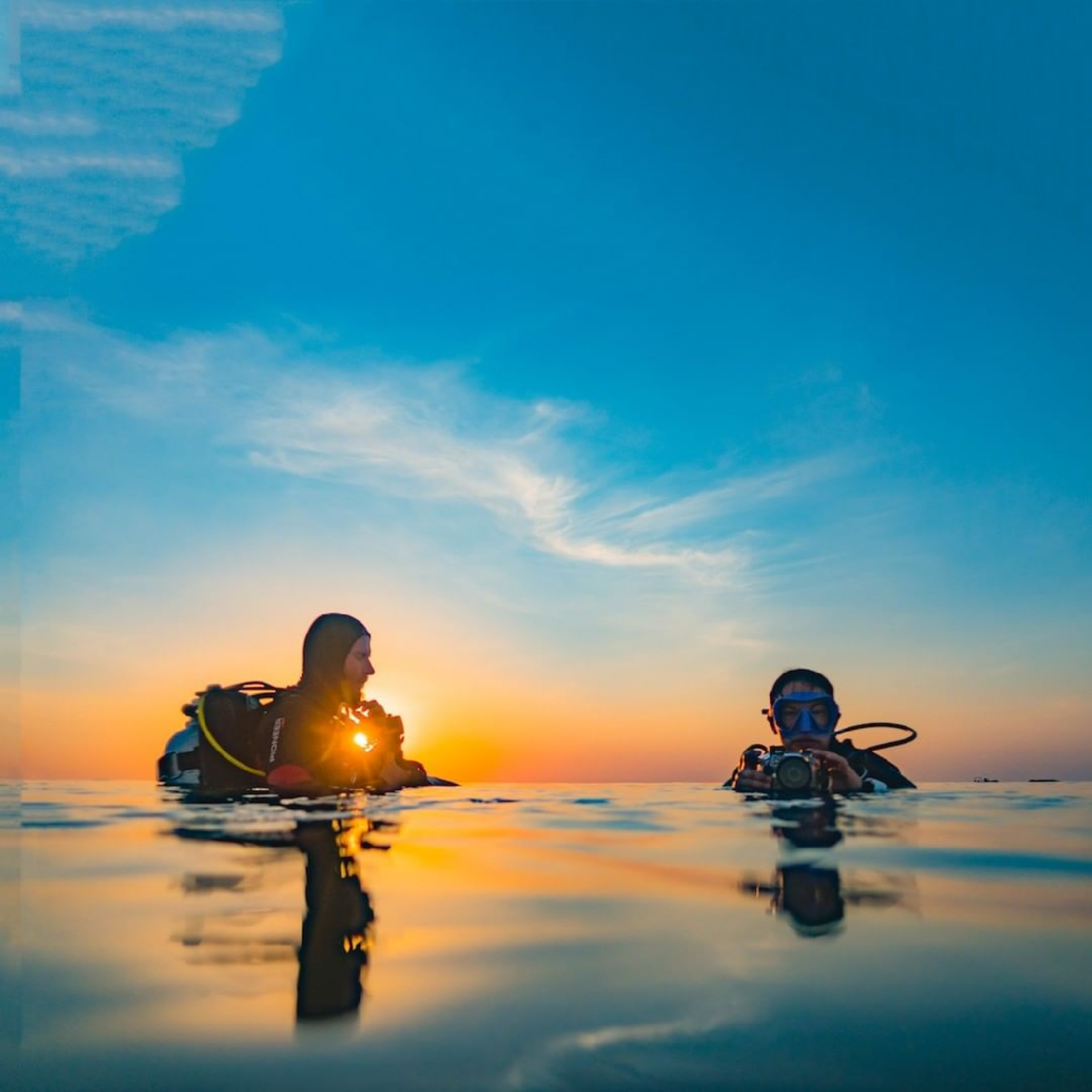 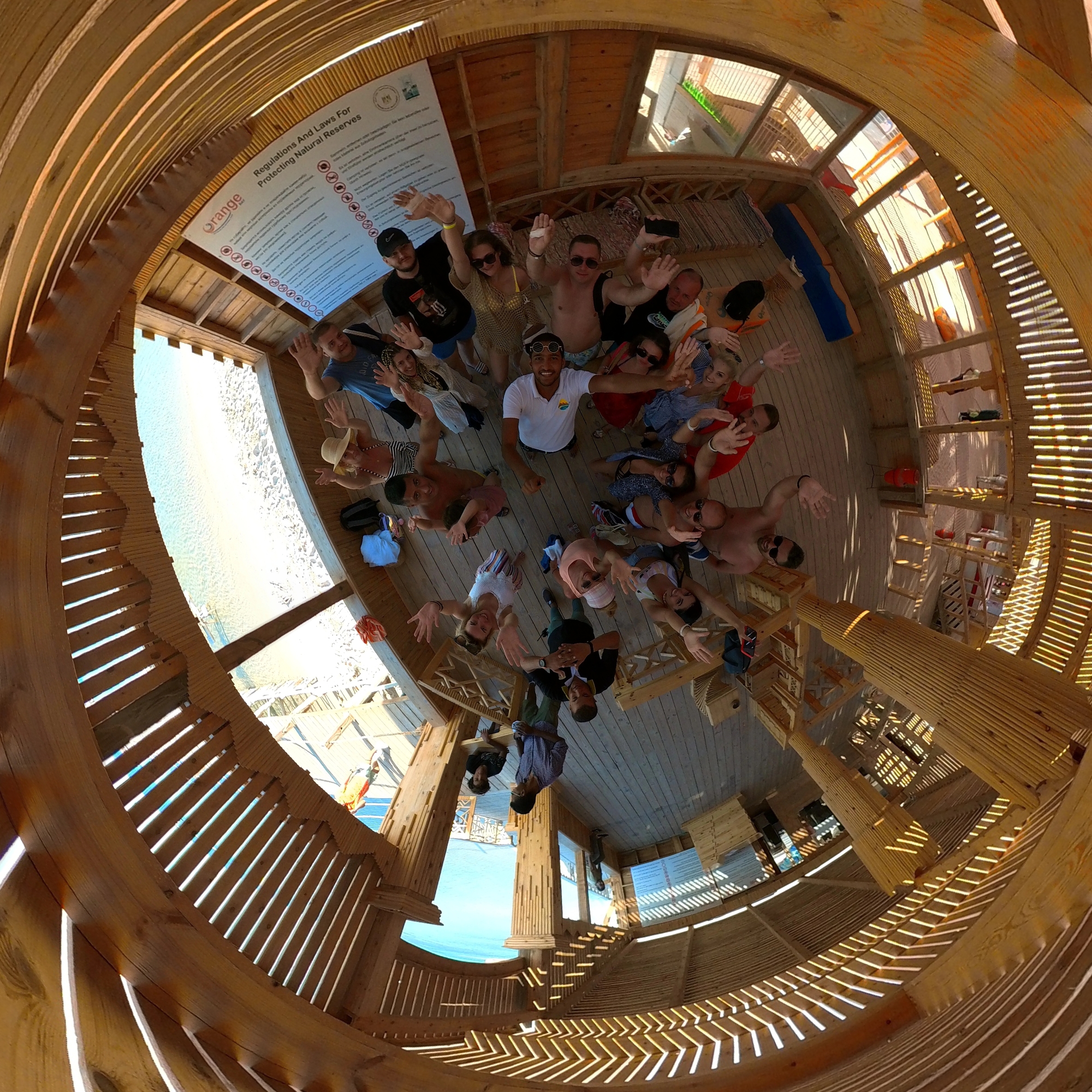